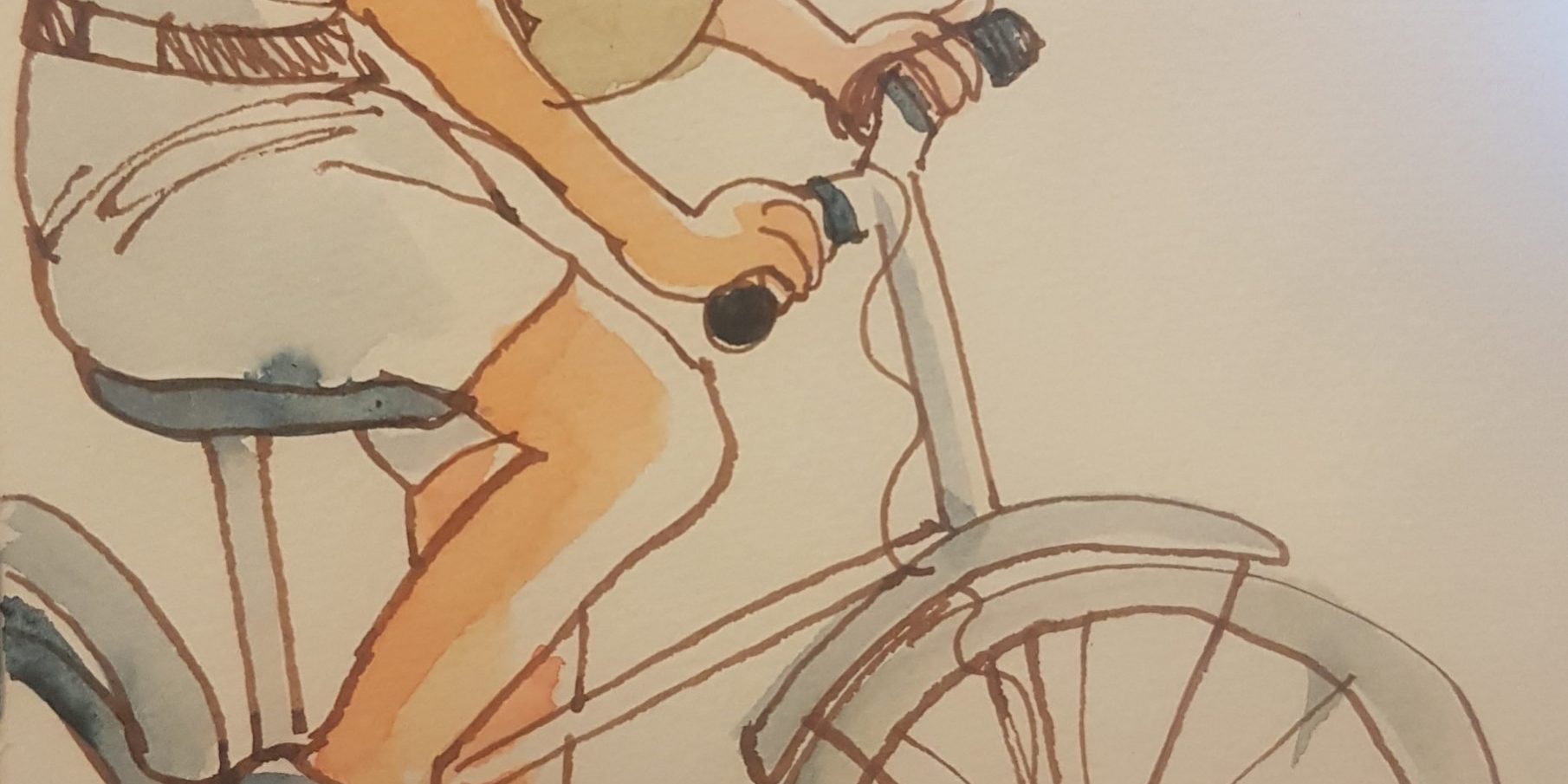 Locked down, still? Yes. We can go no further than 5km from our homes, unless it’s for shopping or essential work. That hasn’t stopped much of Ireland from piling into their cars and travelling across the country for the long weekend. The roads are clogged with D-reg cars, meaning holidaymakers and hundreds of kilometres travelled. It is frustrating.

Here are the red hot pokers that are growing in my garden. I didn’t include the weeds, the overgrown grass that hasn’t been cut for a year and the railway sleepers that were bought at great expense via a road trip to Britain, to build something amazing but have been lying in the patio for sixteen years, although I’m sure the rats who shelter there think they’re pretty amazing.

These plants are real oddities in the Galway countryside: the flowers of red hot pokers are very strange. Up close they’re even stranger, each deep orange or yellow floret a tube, the yellow ones with stamens coming out of them. I found the colour hard to capture in watercolour – their intensity is just beyond my capabilities. They glow a deep orange against the gloom under the leaves of the beech trees and rugosa roses. I tried my best to capture it, and sketched them a few times as you can see, but I’m still not happy, and will try them with my Dr Ph. Martin Radiant Watercolor, which are as intense as they come. There is a colour called Persimmon which I think might be just about right. I will let you know!

Yesterday was Sunday, which means it was USk Talks day. Rita Sabler interviewed two sketchers from South America, Norberto Dorantes from Buenos Aires, Argentina, and Mauricio Arturo Lopez from Quito, Ecuador. It felt like a special treat to talk live with people from the other side of the Atlantic Ocean. The live talks are the very best of the amazing technology we all enjoy these days. You can watch the talks again – and the others – on You Tube.

I was just about to settle down and sketch as I listened, when Paddy (18) turned up. Because he sat in the very chair I was about to sketch, he became the subject. Other than asking me repeatedly what time dinner would be, it was lovely to have him. We enjoyed the talks very much and Paddy did his best to understand the Spanish of the two guests: he did very well, as he’s a quick learner when it comes to languages. There was a bit of sighing as I asked him to put various limbs back they way they were, but not too much.

Yesterday Marcel took the kids sailing. Poor Liv (15) has coped so well with not seeing anyone at all but her family for three months, but she has longed to get back on the water in her 420 dinghy. But the rules, as passed to the Sailing Club, are very specific. Only siblings share a boat. There are a few sailing partners who fit that bill, so Liv could only dream as they sailed away into Galway Bay, as her sailing partner is not her sibling. I asked Marcel why she couldn’t sail a Laser (a single-handed dinghy) and he had some reason or other, but he must have changed his mind because yesterday she sailed a Laser. There are two of these boats in our family so Paddy has already been out in one. The kids had a wonderful time and I was so happy for them.

And I…I was free. I am free anyway, but there’s no free like empty-house free, for a mother. So I found the puppy sling I used to carry Reuben in, stuffed him in, pulled the bag closed, snapped the straps shut around my waist and hopped on my bike. Because he went in the bag as a pup Reuben is completely comfortable and confident in it, and he is content to let the wind blow his fur when we go fast, while I scritch his little head and ears. He is rather heavier than he was, however, weighing in at a full 5kg, and my legs swung from side to side as I pedalled, like one of those people you see with an entire family on a bike. But Reuben would not be left alone in the house while I went and had fun: we cycled together along the sunny country road, admiring a herd of beautiful creamy Limousin cattle (and its magnificent bull), and fields of wild flowers, and came to a halt at the end of the road a couple of miles away at Killeenaran Quay. The tide was high, the sun was hot and villagers (and people who had arrived in D-reg cars) thrashed about in the sea, screaming and laughing and dive-bombing in off the pier. I tied my furry friend to a rail and joined them. Little girls patted Reuben and hugged him, approaching without warning from behind, but he just smiled and looked happy. Still, a sudden snap at an adorable poppet in a swimsuit didn’t bear thinking about so I didn’t hang about in the water too long and reclaimed him a few minutes later. I stood and chatted with old friends and neighbours as I dried off, forgetting all about social distancing, it must be said. So if I come down with the Covid I’ll know where it came from.

It would have been worth it.