Not So Smug Now: Last One at the Airport

You are here:
Blog 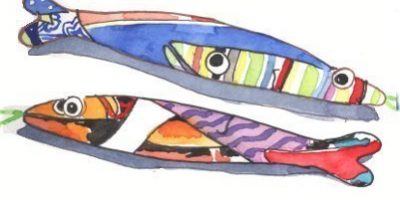 When I go to the airport, it’s usually with my husband Marcel and children. We always arrive in good time for the plane and we have never missed a flight (well, not since the children were tiny, when we once assumed the other was looking after the itinerary).

These days, our trips follow the same pattern. We arrive at the airport, go through security, and then Marcel tells me not to go to the shops, as he worries that I will make everyone miss the plane. I say I just want to look for one quick thing. One or more child (that is, teenager) decides to come with me, two factions form and some strongly-expressed words are bandied about. These words are expressed to my retreating back. I come back from the shops and we still have plenty of time. We read the screen, go the departure gate and I may decide to stop and look at lipsticks on the way, as you are forced to walk through a huge shop to get to the gate, first through make up and perfumes, then through alcohol and chocolates. We wait for ages at the departure gate and everyone calms down (well, those who needed to calm down). I tell Marcel that he worries too much and he says I’m chaotic. I laugh and secretly think how relaxed I am compared to him. The factions take sides but eventually everyone makes friends again.

This pattern repeats itself every time we fly. In the last year, I have flown four times without my husband and children. Twice I was last on the plane. Most recently, I arrived with over three hours to spare before the plane was due to take off. But despite allowing what I thought was adequate time to go through security, things just kept happening. After queuing for ages to go through security I suddenly remembered I had some contraband liquid – my nice flask of hot tea I’d brought was still too hot to drink so I had to un-queue and find a bathroom to ditch it. Then the line for security was much longer than I thought it would be. Then the express-passport turnstile didn’t work. Then I stopped in the shop to buy a few presents for my family. By the time I got to the departure gate, which was not well signposted, I was all alone. I apologised to the uniformed staff on the desk for being so late but the nice man said it was no problem. He made a call for a shuttle bus to take me to the plane during which I understood the words “Yes, the last passenger has finally arrived”. I was the only passenger on the shuttle bus. When I got on the plane I heard the captain say “We are now fully boarded”, and they shut the big doors.

These are some of the things I bought my family in the airport. It was well worth it – they were all thrilled since they’re good kids and Marcel is a good husband.

I wasn’t going to tell Marcel that I so nearly missed the plane, as he would gloat over it for years to come, but in the end I decided that because I love him it would be kind to tell him. So I told him that I would tell him the details if he swore not to gloat. He promised, but then couldn’t resist – it was too wonderful an opportunity to miss. I think I am very kind.