Starting Early: Get the kids sketching too 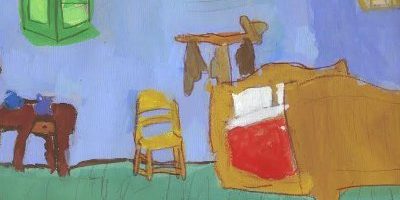 Discovering sketching was the single best thing to happen to me in the last few years. I wanted to get the kids sketching and give them the habit too, and start them much earlier than me. Although I did lots of art in secondary school, went to art college and painted landscapes from life as commissions in my twenties and thirties, somehow drawing any old thing in front of me was a habit that didn’t really “take” until two years ago. So I very much wanted to make sure my kids caught the bug while they were very young.

We want to make our children happy, and show them that the world has more in it than that which appears on a screen. I always think that kids don’t need much a push to try new stuff, and that once they find out how much fun that new stuff can be, they’ll be as hooked as they are to screens (maybe). Bribes, I mean incentives, are a good way to get them doing it for the first time – with a bit of luck, they won’t need much persuasion after that.

But there are two things that I’ve introduced to my kids that have really taken root.

The first is sewing tiny creatures out of felt. They have learned stitching techniques, beading, applying sequins, being neat with glue, pattern cutting, following instructions and, best of all, making up their own creatures. We started with a marvellous book called Zombie Felties by Nicola Tedman and Sarah Skeate, and while the first guys we made were straight from their patterns, the kids eventually gained enough confidence to make up their own – Zombie Butcher and Zombie Beekeeper were very cute. Now they will happily make a new felt creature on a long car journey – and we all know that a harmonious backseat of kids is a treasure indeed. I’ll go into more detail on the sewing thing some other time.

The second thing that has caught their imagination is drawing on the spot. It helps that the kit you have to have is really neat. Each of my three kids has a fold-up stool (€5 in a local chain of outdoor suppliers), a tiny box of watercolours (€13 from the online supplier I use), one or two brushes (the ones I get cost €3 for a set of 5 from the same guys) an A5 hardback watercolour pad (also €13 from the online supplier)…and a pencil and rubber. Water is easy to pack and they just use whatever they can find, or else a tiny 100ml bottle meant for bringing on a plane.

The kids love being outside, wherever that is. They notice things like the first crocuses of spring, although that reminds me of a sunny afternoon last year when two children wanted to draw the same crocus, and even though that was perfectly feasible, a fight ensued, and a portable stool was suddenly a weapon. Not so good.

Even if the subject they are drawing is quite tricky, they don’t seem to notice that half as much as they would if they were confined to indoors – or perhaps it’s the fact that the subject is in front of them, as they also seem very relaxed in an indoor setting. Sketching from life with kids always works better than using photos.

My son is twelve and he likes things to be in order, and so he enjoys doing the items on the Everyday Matters drawing challenge (Google it if you’re not familiar with it). I can’t emphasise what a positive experience it is to have a few kids sitting around being creative together, because they just don’t have rows – they’re too busy focusing on their subject.

My little one is nine and she loves to draw portraits. The results of her efforts are great to have, really touching. She’s discovered that she gets a big kick out of recording exactly what’s in front of her, and her confidence is growing. It has to be said, there is often a lot of laughter when someone has been drawn a bit more “creatively” than usual.

My eldest is nearly fourteen. She prefers to express herself with less structure than the others, but she knows what she likes and takes pleasure in making a gorgeous composition to draw. At a sensitive age, drawing is a lovely, free space for her to enjoy, which makes her proud of herself.

I think the main thing that I like about the kids getting into drawing is that like becoming engrossed in a good book, it gives them the habit of being in a quiet space of calm contentment.

Heaven knows I need that space at the end of the day with my three.

Olivia, my youngest, did the painting of Rosie Whiskers, a grape hyacinth and some candles, when she was six. Until then, she thought she had no talent, and that her older brother and sister were so much better than her that there was no point trying. In order to persuade her to paint this, I put a tiny bit of chocolate on the table where she could see it, with a promise that she could have it when the painting was done. She painted it and had the chocolate, and won first prize in a national competition for her effort. Now she sees herself as a sketcher.