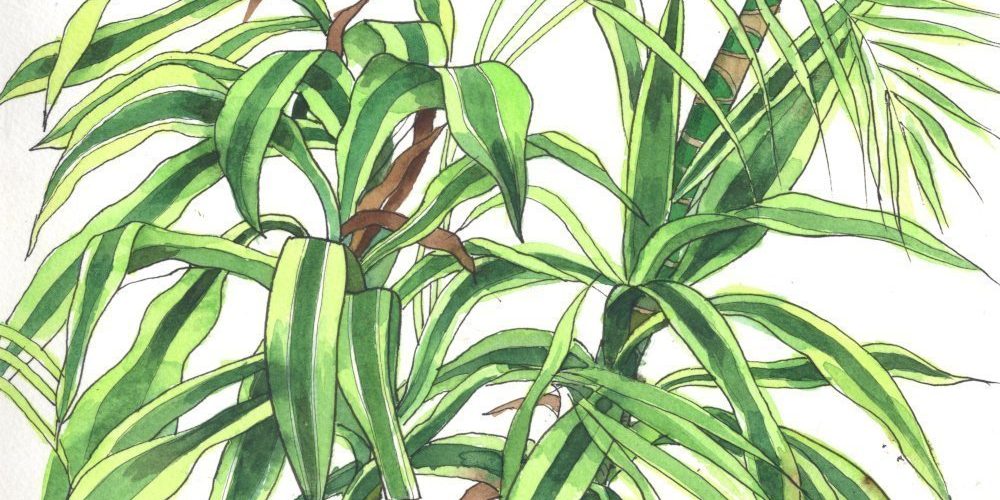 I give my zoom class to a group of engaged and dedicated students. It is a taster class and I have nearly 30 participants. The only drawback is that there are too many people to get to know properly. The subject that we draw is a sketch of a pot plant in my home. We look at observation, layering and making colour pop in watercolour, and I am astounded at the level of the art the students produce. I am looking forward very much to Saturday’s class, which will be a small group. We will look at ways to depict foliage – near and far.

The school lockers are open. Marcel is going to drive Liv down to collect her books. “Get your mask,” says Marcel, “and we’ll go.” “I’m not wearing a mask!” says Liv. “You are,” says Marcel, “or we’re not going anywhere!” He throws down the car keys and off he goes to his office. I tell Liv she has to wear a mask. She has a meltdown. There is no way she is going to agree to wearing a mask in front of her friends. I plead and cajole, then realise she’s not going to budge, but I have to prepare for class and I don’t want to drive down to Gort. I tell her that she can whip it off the minute her dad’s back is turned, but she doesn’t do deceitful. Her brother Paddy chimes in. “It was so cringey when we went to Gort for the Chinese the other day,” he says, “Dad was wearing his green gingham mask in the restaurant while we were waiting, and talking to Edison [Paddy’s friend whose family runs the restaurant], shouting through his mask even though he was right in front of him. Between that and the stupid red car, we’re like a clown family.” I’m cleaning the bath and I have to stop – I can’t breathe I’m laughing so hard. We are like a clown family. Liv isn’t seeing the funny side yet. When I recover, I try one last time. “What kind of teenager are you that you can’t go behind your dad’s back?” I ask her, but it’s a lost cause. I go into Marcel and tell him he has to drop the mask idea, as it’s stupid anyway – Liv hasn’t left the house in over a month, no one else will be wearing them and it’s not fair to cause her such embarrassment. He resists, having asserted his position, which he isn’t going to change. So I mention Paddy, the green gingham and the clown family, and Marcel starts laughing. He takes Liv to Gort to get her books and no one wears a mask.

I apologise to the kids for making clowny masks. It occurs to me that I never took their tastes into account when I picked the fabrics: I go through the various fabrics I’ve sewn into face masks, ask them if they’d wear them and get a “no” for each, with an added “sorry” when it’s my own designed fabric (which is covered in sketches of the barbershop and is heavenly). I ask them what they WOULD wear. The answer is that they would maybe wear a black or grey t-shirt fabric one, and that’s only if they’re mandatory for all.

As for the embarrassment factor with Marcel and me as parents, I explain to them that my experience growing up in 1980s Ireland was much worse: Sunday Mass was obligatory, and every week we were late. This meant traipsing up to the very front pew past a packed congregation. It meant the other teens judging my ridiculous clothes which I always knew I had got wrong, despite feeling okay leaving the house. It meant my unembarrassable dad on the pulpit, reading the First Reading, in glasses that were mended with a band-aid, safety pin and elastic, all in the same pair. (Respect!) I tell them that the more embarrassment they learn to handle now, the less susceptible to embarrassment they will be in future.

But for now…they better get used to the idea of wearing a mask.