A Book Launch…with a difference 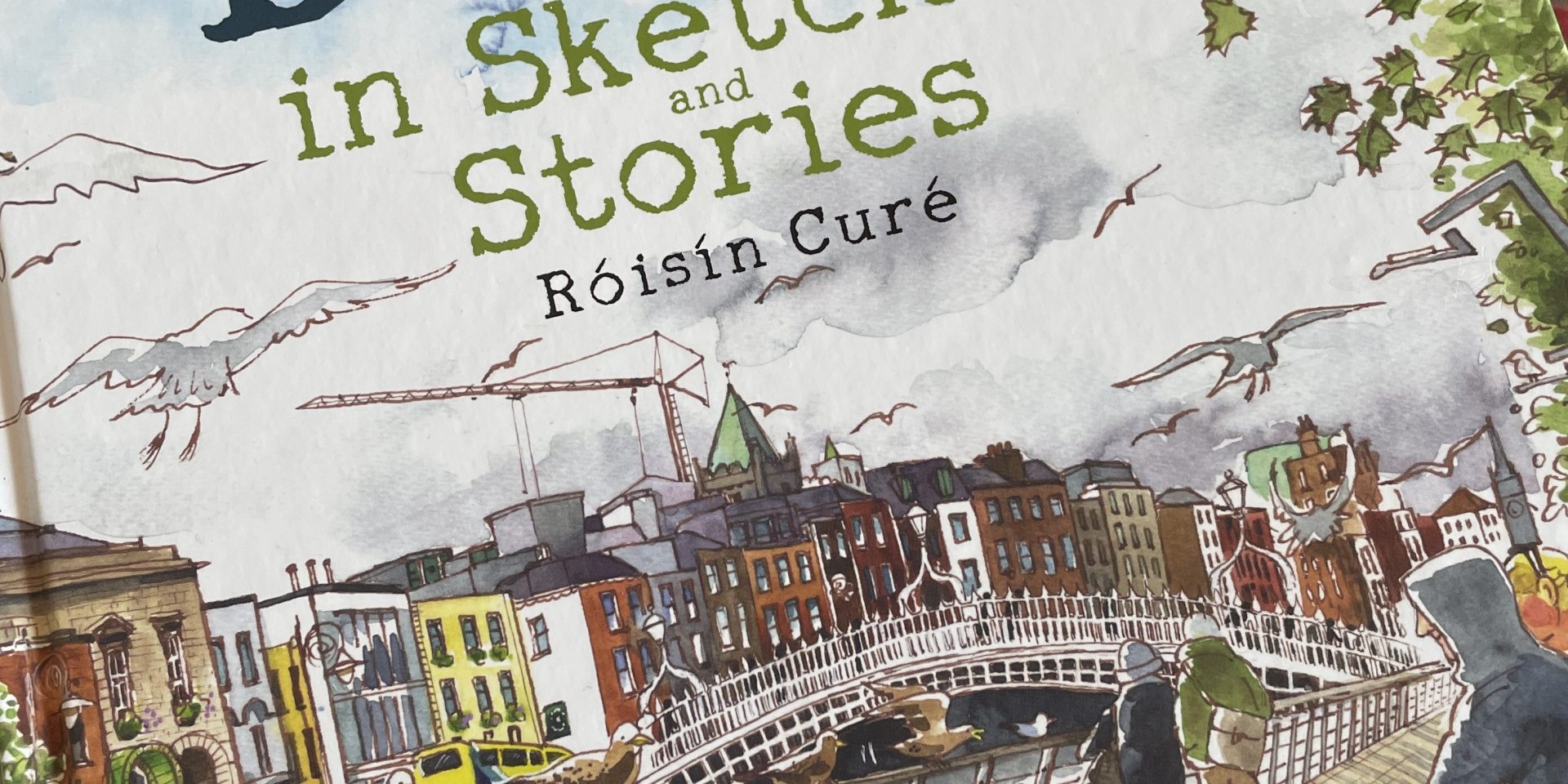 My new book has just been published. It’s called Dublin In Sketches And Stories, and it’ll be in the shops from tomorrow 20th October. I thought there was going to be a launch, but I was vague about the details, and as the date drew nearer I wondered if I had got it wrong. It turned out I had – there wasn’t going to be a launch, or not the type with wine and lots of smiling people lining up to buy a signed copy.

I didn’t mind at all that there would be no official launch. The publisher, a super man, told me that he’d far rather spend lunch money than launch money, so to speak – he suggested that he and his team would take me and my dear brother, without whom the book would never have happened, for dinner. Now that’s more like it! I’m not huge on events at which I’m the focus unless I’m entertaining the crowd in some way or another, and besides, two of the people who simply HAD to celebrate with me, my parents, might have found a trip into the centre of Dublin a bit tiring. So we decided to have a big family meal together instead – me, my husband and kids, my brother and my parents.

Once we were sitting comfortably in my parents’ lovely living room, I brought out a copy of my new book for each of my parents. Big fanfare, ta-da! – the lot. My father Paddy sat in his gold-upholstered armchair, sun streaming in, as I blathered on about the text and drawings beside my mother, Cinnie. My father was silent, and I realised to my delight that he was reading every word.

“You’re the first to read it,” I said to him, “other than my editor. Everyone else says they can’t wait to read it, but they haven’t yet.” I was so pleased. My father and I have always been very close, despite the odd heated row; we’re cut from the same cloth, whatever that means, and however that works. So I was touched and delighted that he was actually reading it. After lunch he went back to it, and by early evening he’d read the whole thing.

Later, we sat down to dinner. My mother had made an unbelievable meal, my brother had brought amazing Spanish wine and we were all dressed up for the occasion. A book launch with your beloved family doesn’t come around very often, and I was fully prepared to bask in the glory that was surely my due. As glasses were raised, I knew the wave of happiness was about to start. “To Róisín’s new book!” were the cries.

My father had his own addition to the toast.

“I noticed that you didn’t name a restaurant when you referred to going to dinner,” he said, glasses still mid-air. I argued that point (he was right), but he wasn’t done. “And I noticed a great many typos.” Now, that one I could roundly refute, although there may well be one more than the one that slipped through. It was just so like my father to be honest to a fault: it wasn’t at all that he wanted to hurt my feelings – of course not – it was more that he just felt it wouldn’t be right not to point those things out. I defended myself resoundingly and the whole thing got robustly shouty very quickly…in a good way.

Next morning, my mother and I walked along Bray Seafront in glorious sunshine and bumped into old friends of hers. “We’ve just met Paddy,” said one of them. “He’s telling everyone he meets about your new book.” I felt very happy.

That afternoon, the family was relaxing in the lovely living room once again. I was going through my book to look for typos. I hadn’t found more than the one I knew about. I looked at my gorgeous children and my other loved ones, and felt that wave of happiness and peace once again. I sighed.